An alleged chemical arsenal was discovered by Russian servicemen in the basement of a high-rise apartment building in the Eastern Ghouta city of Douma on Tuesday. A statement by the Russian Ministry of Defence reports that chemicals such as chlorine, thiodiglycol and diethylamide were found. 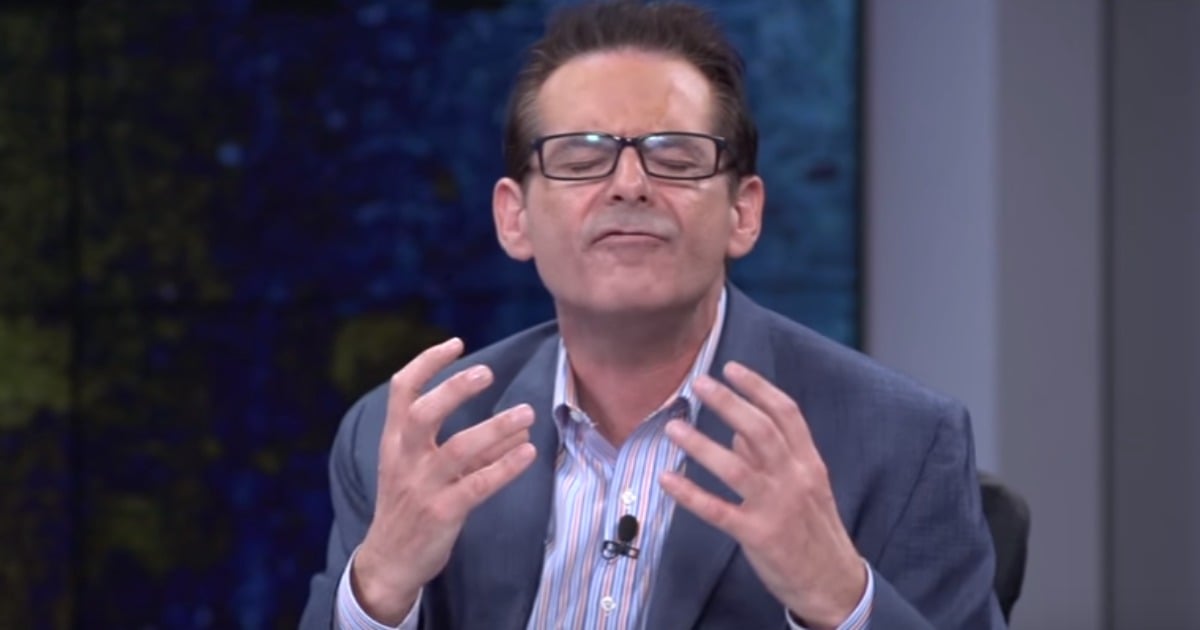 Why don't they let in OPCW investigators? Believing Russia is beyond naive, especially from media sources they own.

The media source says it's *alleged* (see description...I left that word out of the title just so it would fit in the box).

The OPCW's mandate doesn't cover non-governmental bodies or governments who haven't signed the Chemical Weapons Convention so I'm not sure whether this homemade lab would be investigated by them or not... it's really just something to look at & decide for yourself.

The OPCW tried to go in yesterday but came under small arms fire & an explosive was detonated... so it doesn't seem like we'll ever have definitive proof of what happened there on April 7th :/

Yeah, you did write it. It's just that posting RT reports on anything Russia related is a joke. Syria acceded to OPCW in 2013. The russian and syrian forces didn't let the investigators enter Douma for a few days. As we type, they are still waiting outside of Douma.

Firstly, yes I agree that the Russian news channel has bias. I still think it's interesting to see this footage, whether it's bogus or not.

It was the UN Security team who advised the inspectors to head back to Dimiascus, not the Russians or Syrians.

The OPCW investigators were held up, before this ever happened. Three days ago (give or take) they were denied entry to Douma by the syrian and russian military forces. I think that at this point it is futile to do any investigations and the russians and syrians have been in control of the site for days.

Unfortunately, you are right. Evidence and facts do not matter. Russians can just spout their usual bullshit through their controlled channels, just like they did during the Crimean occupation, the MH17 plane crash, the Georgia invasion and many more of their cynical escapades.

Don't you think that sharing their bullshit, though critically as you do, is in a way aiding their cause?

I can't find any official word from th OPCW on why they were delayed but Western diplomats are accusing the Russians & Syrians of blocking them.

Ahmet Uzumcu, director-general of the Organization for the Prohibition of Chemical Weapons (OPCW), said this himself in a press release on April 16th.

Yeah you're right. I found this in the opening statement of the head of the OPCW in their meeting yesterday...

The Team has not yet deployed to Douma. The Syrian and the Russian officials who participated in the preparatory meetings in Damascus have informed the FFM Team that there were still pending security issues to be worked out before any deployment could take place.

The Russian statement is interesting. They're saying that their inspectors found no sign of CW. The transcripts are all here https://www.opcw.org/documents-reports/executive-council/documents-from-the-fifty-eighth-meeting-of-the-executive-council/

This all plays into the spin that the Russians have covered up the evidence which will no doubt be the propaganda used in the Western media from here on out.

It'll be interesting to see whether it can be established who shot at the UN Security team yesterday, and proper scrutiny of the "irrefutabe evidence" that Macron was saying they had to justify the bombing raid. All I've seen so far is that 2 Syrian heli's were headed to Douma 30 mins before the attack, a couple of dubious photos & a video some video of people hosing themselves down, and apparently some samples that arrived in Western Europe within about 48 hours from a confidential source... I'm pretty skeptical about all of these things.

Playing into the spin that the Russians covered up the evidence? That sounds a lot like conspirational thinking.

A fact that remains is that Russia is not to be trusted. They have time and time again proven this. Anything coming from them is based not on evidence, but on self-serving diversion and lies. Do not underestimate how cynical they are.

This is one of the many stories coming out of the thugocratic federation of Russia -- Russian reporter Borodin dead after mystery fall.

Yeah I heard about that guy before. No doubt it's a dangerous country to be a fearless journalist.

All Russia has done in the UN is veto drafts aimed at joint investigations into the use and development of chemical weapons in Syria. They've been shielding their ally Assad in his crimes against his people. Nothing scares them more than facts and conclusions based on evidence. However, even if those come out they can always just go back to their usual diversion tactics and use the "West vs. Mother Russia"/rusophobia narrative.

Believing Russia is a losing game. I cannot stress enough, that one should not underestimate the amount of cynicism coming from their regime.

Russia has been vetoing the Joint Investigative Mechanism since last year because the proposed text allows for the use of dodgy evidence, like that used last week.... "The West" (France/UK/USA) used twitter posts from accounts associated with the White Helmets as their evidence. This type of thing doesn't belong in serious discussion, let alone as an excuse to breach the UN Charter by bombing a sovereign state.

The White Helmets are affiliated with al Qaeda & funded with millions of dollars from the US State Deparartment.

Russia has tried 3 times to introduce an updated proposal for the JIM with more strict guidelines on what evidence can be used but they get shot down before USA gets a chance to veto them.

Who affiliated the White Helmets with Al-Qaeda and ISIS? The russians through an online propoganda campaign. There are no credible sources linking the two.  Aside from volunteer rescue after hospitals and other buildings are brought down by russian bombs, they also document the going-ons in the country. And we all know that truth has no place in a russian narative, that's why they conveniently left it out of their proposals. Dodgy evidence according to who? Russia? Give me a break.

Sorry to say, but you have been duped by russian propoganda and fallen into their constructed narrative of half-truths. They are pretty good at it, but still it is easy to see through, if only you look hard enough. They know their target audience well, e.g., and construct their propoganda accordingly.  Yet again I have to stress - believing russia is a losing game.

Ok, I guess I know what video I'll post next. Cheers

Speak of the devil, it's skeptoid. A case study of conspirational thinking. 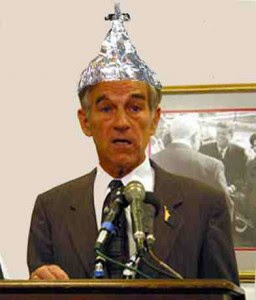 I looked through google and could not find a single credible source for your White Helmets conspiracy. Unless I missed something?

If you don't regard John Pilger as a credible source then that's where I'll have to bounce.

Again the sources you put out are limited to the heavily involved Russian and Syrian state owned media sources. The guy you linked me to also conveniently considers the Skripal poisoning "a carefuly-constructed drama" and then many other opinions he holds go toe to toe with Kremlin's and/or Assad's voices.

He calls out other journalists for incompetence, but all along he looks like the incompetent one.

Guess this is where we depart, take care.

Do me a favor and describe your bias and then describe my bias.

"I looked through google and could not find a single credible source for your White Helmets conspiracy. Unless I missed something? "

What is your definition of credible?

You failed at google.

The thing that does the work for you.

You failed at that.

If you can make it through this video, good for you. It's a long one. It pretty much sums up why people think it's staged. Not all of the information is credible, but a lot of it is. I've read and seen a lot of the information and articles this video features. Things I forgot, because I live in the West, and my worries consists of whether I'll be able to play video games for the rest of my life, not trying to survive in the absolute hell-hole Syria must be right now.

But when the part where FSA(your tax money aka "moderate rebels") were about to execute a 12 year old boy for being a spy, and he pleeds them to shoot him, and they say no. I had to stop for a moment. "We are worse the ISIS", they told the boy. They beheaded the boy alive, with a knife.

I mean that fucking happened, RECENTLY.

Those guys are still out there. LIVIN' IT UP.

And we are still paying them.

What makes you think they would even hesitate to use chemicals?

And there's just too much footage of the white helmets out there doing shit they're not supposed to. If you didn't find it, you didn't even fucking try.

Liveleak was bought by RT a few years back and since then has take a very obvious nose dive towards a certain bias. Has exactly as much credibility as RT - zilch.

RT has zero credibility and John Bolton and the rest of those idiots have 100% credibility. Got it. No need for you to describe your bias now.

Do you think that the Russian people would be better off under the old Soviet system? Do you believe that Putin really hates the Russian people and enjoys faking elections and faking their support for him and brutalizing them and all the other things you say are so terrible about Russia because Putin's in power?