Three takeaways from the new book on Trump

Author says he don't know if folks are telling the truth about all of the crazy far-out things said in the book, but it's all very interesting. I'm sure the book is available somewhere where you can access it, in both PDF and audiobook format.

The author of the explosive new book about Donald Trump's presidency acknowledged in the book that he wasn't certain all of its content was true.

Michael Wolff, the author of "Fire and Fury: Inside the Trump White House," included a note at the start that casts significant doubt on the reliability of the specifics contained in the rest of its pages.

Several of his sources, he says, were definitely lying to him, while some offered accounts that flatly contradicted those of others.

But some were nonetheless included in the vivid account of the West Wing's workings, in a process Wolff describes as "allowing the reader to judge" whether the sources' claims are true.

That's why it's shocking that Trump, a former reality TV "Star", would help promote the book by pushing one of his lawsuit threats. Let it fall on its own if it's complete bullshit. Now it's even more popular and frankly, many of the assertions don't seem very hard to believe in light of the shitshow of the Trump crime family and current regime.

Trump promoting this book is a huge fail considering his reputation as a media manipulator. Huge fail. For balance another take on Bannon, Trump and the Wolff book. 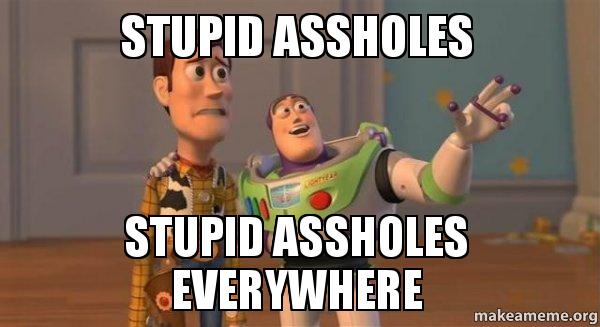 It's kind of far-fetched to assume that everyone around President Trump thinks exactly what everyone else in the world thinks about him.

It's important to remember that Wolff was the guy who admonished Stelter for the very poor job he was doing in terms of opposing Trump. Wolff is an opponent of Trump - which is why people are kind of perplexed as to why he was given access to the Whitehouse. The story is that Whitehouse staff don't know what to do in many cases without a direct indication from Trump and, in the absence of that, they tend to do nothing - thus Wolff hung around the Whitehouse for months.