"I tried to walk away"

If only the police had shown up to intervene during this altercation.

Yeah, by getting out of his truck to beat the shit out of the poor guy.

That lady is awesome.

hmmm after video evidence of the driver severely injuring another person with a blunt weapon, the guy got released after being charged. don't know if the bail was really low or if Ontario has lenient custody policies.

the law is kinda lenient. if you assault someone and its your first time, no priors. you'll get 1-3 years probation with a conditional discharge. wait out the time and its as if it never happened. won't show up on a criminal background check. you can assault the same person and start the process over again.

bail is only if they dont think you're going to show up to court. if you got no priors and depending on what you got caught doing, they might just book and release you with a court date. 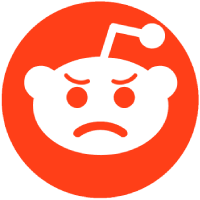 Not that I condone self justice in traffic but the fuckig cyclist probably deserved it.

You are my first downvote on the new spiked, an elderly man on a bike shouldent het his head beaten in, you dog.

Suit yourself, dude, but that's what I actually said.

BTW: Just because one is old does not mean one is immune to behave like an arsehole, which is clearly proven by the guy with the club, who (if a all) does not look much younger than the cyclist.

Where I live cyclists are a complete nuisance, regardless of age.

this guys deserves the club

PETERBOROUGH—A driver has been charged after a dramatic video showed a 74-year-old cyclist viciously attacked on the side of the road with a club.

Peterborough police said that just after 11 a.m. Tuesday, the cyclist was riding in the area of Erskine Ave. when an argument broke out between him and a truck driver.

The driver climbed out of his truck and attacked the cyclist with a small club, police said.

The video shows the cyclist on the ground with his attacker on top of him, striking him over and over in the head and torso. It shows the attacker stopping when witnesses approached and intervened.

A truck sits beside them, with a bicycle crumpled on the street in front of the vehicle. The victim was seen bleeding profusely as he walked away.

“I’m filming all of this,” the woman, who recorded the video, says as the driver gets back up and flicks blood off of his hands.

The driver’s only defence was an adamant, and repeated, “I tried to walk away.”

The driver then fled the scene in his truck.

“Where am I bleeding?” the cyclist asks the woman recording.

The woman asked for her name to be withheld when later contacted by Peterborough This Week.

“The sound of the club hitting him was sickening,” the woman told the newspaper. “Blood was flying off it.”

She said she didn’t witness what led to the encounter.

“They were flailing their arms around and the guy walked back to his truck,” she said.

She grabbed her phone to take a photo of the truck because she thought the cyclist might have been hit. Little did she know what the driver would do next.

“He became enraged and you could see him snap in the truck,” she said.

She continued recording and ran towards the men while yelling for the attacker to get off the bloodied man.

When the woman and a handful of motorists came to the aid of the cyclist, the driver stopped, put the bloody club in his pocket and wiped blood from his own face.

The woman helped the cyclist up from the ground and tried to stop the bleeding until paramedics arrived.

“I didn’t know how bad it was because there was so much blood,” she said. “It was pouring down his face and he couldn’t see out of his eyes.”

Additional witnesses tried to keep the driver in the area until police arrived but he drove off in his truck. The woman is afraid of what would have happened to the man if no one was around.

“He attacked a senior man and drove away,” she said.

The witness said she’s getting tired of people doing horrible things and getting away with them.

“It is getting harder and harder to see that every day,” she said. “They have zero repercussions”

Police made an arrest about an hour later. The cyclist was treated and released from Peterborough Regional Hospital. Police said the two men did not know each other.

David Fox, 65, has been charged with aggravated assault and assault with a weapon. He was released from custody and scheduled to appear in court on Aug. 24.

Here we go, an argument broke out. We don't know about what but I have a strong suspicion (admittedly I am biased against cyclists, though). I guess the cyclist messed with the wrong guy, who in turn gets prosecuted, and rightly so.

White people are just genetically predisposed towards being violent.

Yeah, forgot to point out the ethnicity AGAIN!