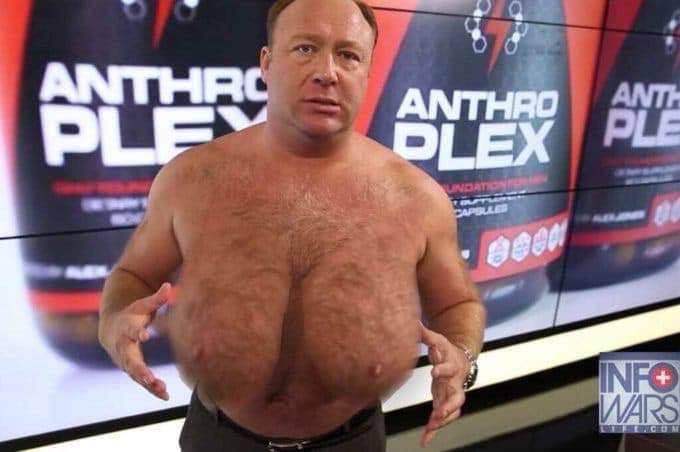 i don't rely like him, but why or to who is he paying 45 million?

The courts requisitioned a retarded amount of documents from him, ran him around for years of gophor this and gophr that quests.

So after much searching of every record in existance he presented everything. Then they switched the judge, and the new judge said "I haven't recieved these documents." Because they weren't transferred to her. And the deadline expired. Which the media jumped onto like moths to a flame, claiming he is with holding evidence. So now the proceeding has changed from innocent til proven guilty, to you're now guilty and we are going to decide how guilty. The new Corpus Juris in full effect.

It was over his explaination of the Sandy Hook shooting and evidence of a false flag operation. With footage of two men in mil spec equipment fleeing the scene with police in pursuit. I think it was a defamation case filed by the "families of the victims" embelishing the narrative of crazy student on rampage. Assuming the "families" arn't fake.

Defamation cases are illigitimate because 1st amendment. Statutes are not above the constitution, but that hasn't stopped the powerful before.

The elites can't just suicide himself because his publicity protects him from that. Ridicule won't shut him up either,  because he ridicules himself often.

So all they can do is try to ruin him.

According to the neighbors in the district the school was already closed at the time of the shooting due to asbestos.

Was demolish 1 year later due to asbestos abatement.

FBI records state that in 2012 there were 0 deaths in New Town, Connecticut.

By the looks of it. Never even happened.

The courts are obviously in on it .

this will go to gankrupcy court and insurance will pay for it, no harm no foul

In the end he's going to be fine.

What's more troublesome is the nasty precedent these proceedings are setting.

Under Texas law, punitive damages are hard capped at $ 750'000 per plantiff/defendant. 45 million is just another example of disinformation about this case.

Details on what went on within the nuts and bolts of the  process is outlined here. Covered in the first 10 minutes.

Can't wait for legal smeagol to lie about this one too in the next few days. I know it'll be on this site. Do not disappoint us.
+1
0
-1
Vote comment up/down

The case against jones will get thrown out for ineffective council by jones's lawyer.

Certainly should. They violated every right he had to run this clown show.

Wouldn't let him choose his defense attourney, Screened the jury for verdicts before taking a seat. Judge tried to tell him what he can and cannot say in his defense. This was disgusting.