The man doing the interview is Dr. Richard Dolan. If you are new to Ufology and want a sane entry point, I recommend the work of Richard Dolan. 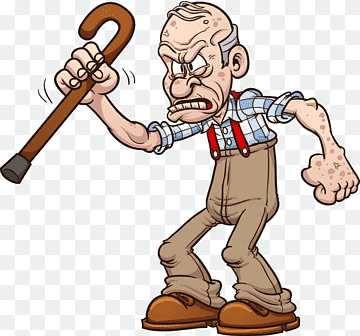 He said he didn't get to go into the room with the alien and speak to him only his boss got to do that. If his story is true then he was one of many regular military types active at the tail end of the waning power of the old order. Remember Eisenhower's warning? The next president of the United States had his head blown off.  That doesn't mean any of the alien stuff is true but what is clear is that there was some kind of massive power struggle in the 50s and 60s and I think one side achieved victory with the assassination of Kennedy. That's just what I think. And this whole alien thing could have been a smokescreen to facilitate the Black Operations of an illegal cabal.

Yeah you're right, but still he didn't even try to pry any deeper. like, ask if his superior told him anything about the interview. He just seemed to be more interested in the human drama.

Anyway, I like to think I'm a pretty good judge of character. He seems like a genuinely good guy who just wanted to tell his story. Could he be lying? Sure, but I want to believe.

UPDATE: Hey I just noticed something - go to 18:30 in the video below and notice how he says "Eisenhower said..." and there's a cut and then he says "This has to remain secret" and Dolan nods. Maybe they just cut something unimportant out but they may have cut out what Eisenhower actually said - they were very careful with this source, apparently for his safety, his family's safety and their own. I think the full interview is a bit longer - can't recall how deep he probes but here is the full original video:

THE ANONYMOUS INTERVIEW (21 min 56 sec) is a film by award winning director Jeremy Kenyon Lockyer Corbell. This motion picture is an exploration into the witness testimony of a highly controversial alleged ex-CIA operative who claims, through his military and intelligence career, to have been exposed to realities and technologies of an Extraterrestrial nature. This “deathbed confession” was featured as witness testimony at the Citizens Hearing on Disclosure at the National Press Club in Washington DC last year, and has caused hot debate within the intelligence and UFO communities.

THE HISTORY OF A COSMIC WHISTLEBLOWER

June 6th, 1998 - Investigative journalist Linda Moulton Howe brought a witness under the pseudonym AGENT KEWPER on the radio show Coast to Coast AM. The witness claimed that through his military service, he had acquired knowledge and first hand experience with extraterrestrials and their technologies. Immediately after this report, AGENT KEWPER was warned to cease and desist all contact with Linda Moulton Howe, or to suffer the consequences.

Fifteen years later, and fearing the end was near, the witness emerged from the shadows and was once again ready to tell his extraordinary story. Due to the warning received about speaking with Linda Moulton Howe, we arranged for the UFO historian Richard Dolan to conduct the interview. This is part of that story.

Despite his fears, ANONYMOUS later authorized the use of his image and testimony for inclusion at the Citizen Hearing on Disclosure in Washington D.C. Our team continues to verify the claims made by ANONYMOUS. More will be revealed about this case in the final version of our film TRUTH EMBARGO.

Or the complex has teamed up with some aliens for some shared domination action...?