Hollywood cant do that

Rama VS. The Assassin | The Raid 2

I accidentally killed someone with one punch in the back of his head. (went to the hospital and died there)

I accidentally killed someone with one kick in the front of his face. ( died 2 minutes after)

They usualy don't do these kinds of fights in hollywood because it is to far from reality it looks cool, but they don't get knocked out, or get disabled from fighting, totally unrealistic

The story John Wick is based on me lots of bullshit went on and was completly made up hollywoodified to the maximum basicaly the only thing that is true is that a former colleage killed my dog, and i politically broke his career and that of his friends, hence John Wick was born, although the guy who killed my dog was called John, the founder of John Player Special sigarettes. His real name is John McMannon and orphan who made his career trough the CIA and illuminati, and me.

I made that guy to what he was, he saw me as posession, a slave, chicken with the golden eggs, when i wanted to quit, he killed my dog, war broke out, 10 years ago, still going.

The illuminati got cut up in 2 camps even though it always was like that, republicans and democrats, things became hostile when i was smearing his shit to the high councel, from killing and raping kids, to his cocaine usage, and the fact that i did all the thinking for him.

I was a democrat he was a republican some even call themselves aristocrats, with pride.

They don't see it as a job, but as a right, guess there is only one guy to straighten them out. 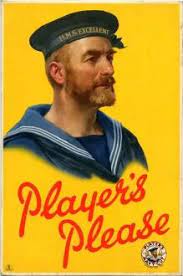 The image is based on my other colleage Dan Murnan for those who know him from the conspiracy day's of the internet.

We alway's work with 3 ppl, he's still on my side.

He's an orphan to, most of us where orphans, aliens, or successful